On the Hunt for Lola

Meet Lola (or her look-a-like). This is Director Coulson's flying car in Agents of Shield. Yes I've said it before and I'll say it again I'm a Marvel geek. 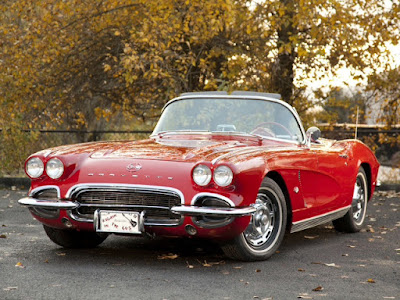 This past weekend was our annual Beanfest and Car show so this year I was on the hunt for Lola.

We came close.(Sorry these were phone pictures) 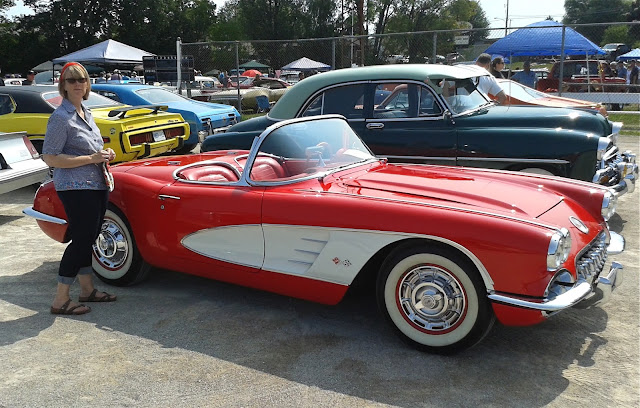 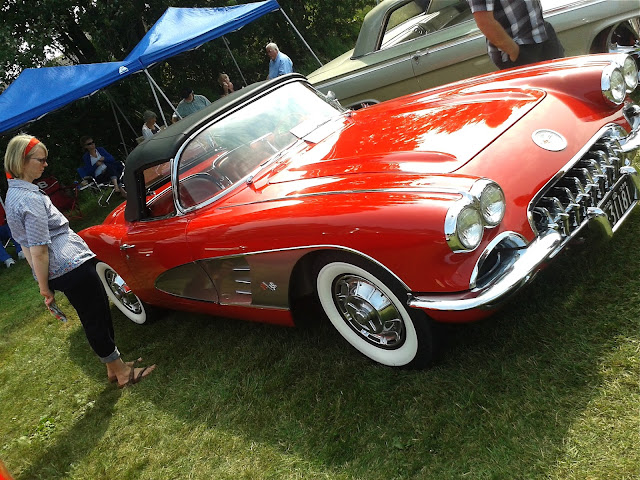 Then there is my soft spot for the pick-up truck. It stems from growing up on a farm and never being without one. 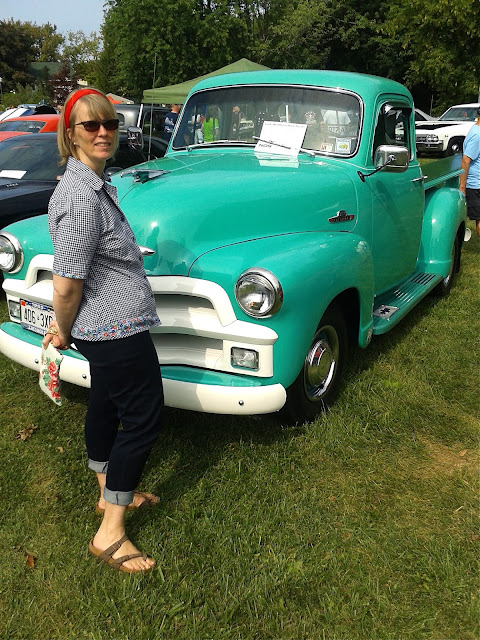 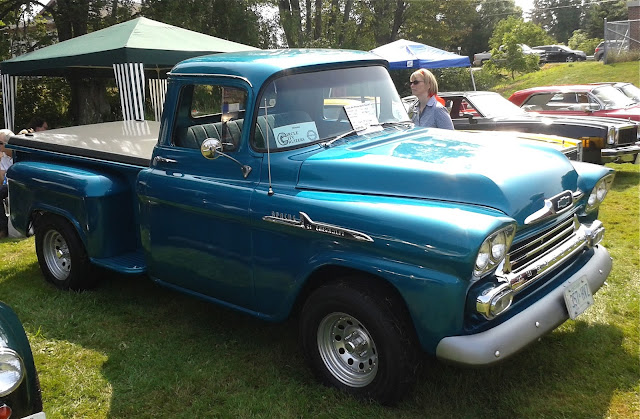 I could take either one of these babies home.

This car show never disappoints with over the 1000 cars that show up throughout the day and I'm pretty sure we've never picked the same car twice as the "one". :)

Email ThisBlogThis!Share to TwitterShare to FacebookShare to Pinterest
Labels: Beanfest

How could I Forget??

Last weekend we went to visit the boys in their new digs. We've known for a while what home they finally decided upon and I could hardly wait to take pictures. Then I forgot my camera and had to rely on a few pictures that I took with my ipad. It's incredible hard to take pictures of 55 acres with just an ipad but here are a few. Sorry any indoor pictures didn't really turn out. 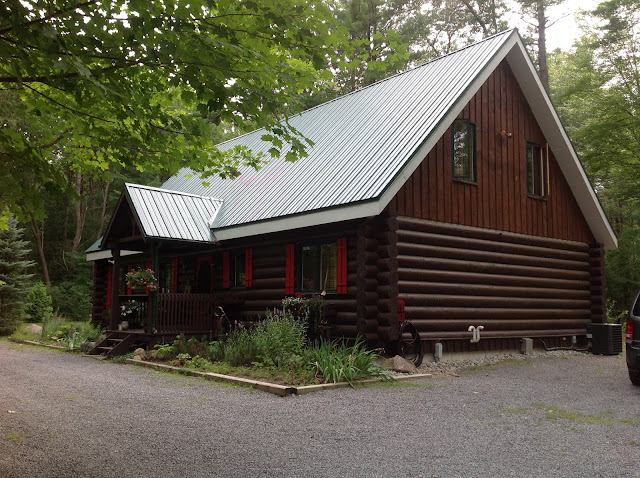 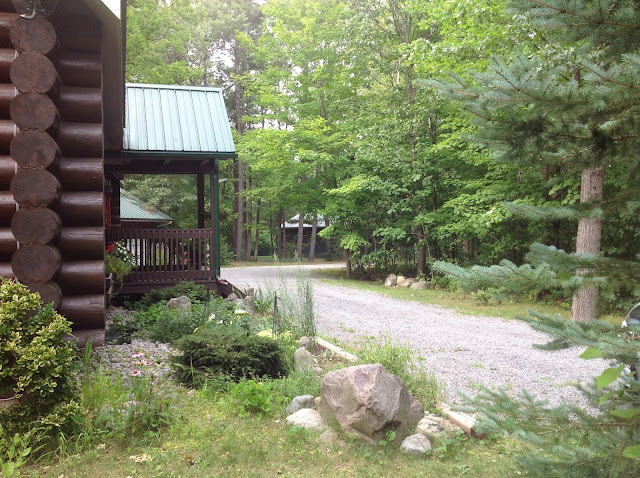 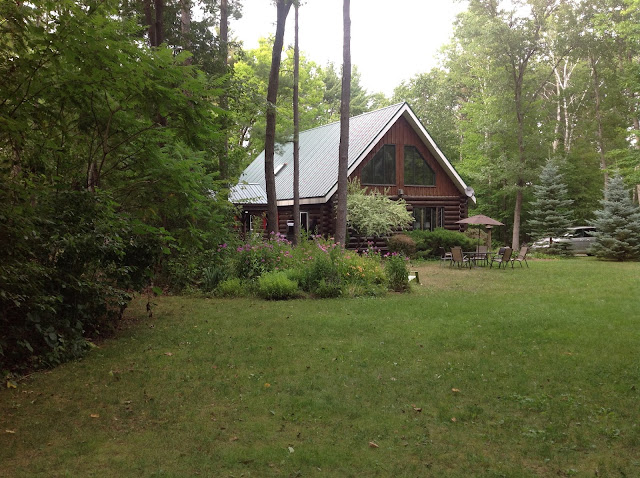 It was really hard to say good-bye to this. From walking literally miles of trails cut through the bush to hanging out in the hot tub it was for me a little slice of paradise complete with no bugs.  Next time I promise I won't forget my camera. :) 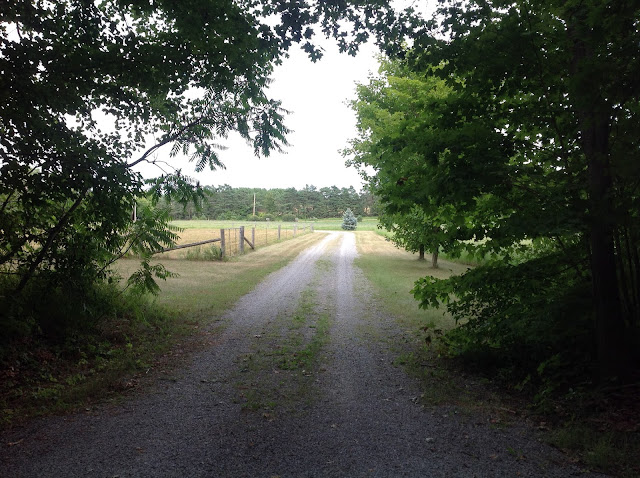 It's such a Peachy Day!

This past weekend I had just finished telling my daughter that I wasn't going to can any peaches. Just maybe make some jam and freeze a few. Then a friend of ours was offering peaches for sale so I order a bushel.
Feeling as I have been, I've been trying everything including changing my diet and one of those things is cutting out white sugar. I'd have to say after a couple of weeks I'm feeling a little better. It wasn't like I was eating a lot of sugary things but like I said I'm giving anything a whirl. Maple Syrup or honey has become my choice of sweetener for most things all ready but now the ban on white sugar has become hard core.
Canned fruit is usual laced with lots of sugar but ever since I started canning I've never followed the recommended sugar for the recipe. I've always cut way back but this time I wanted to cut it out all together.
So while checking out some wartime recipes for fun I noticed canning fruit in their own syrup. Then I surfed around the world wide web some more and found this holy grail of recipes.  Maple Vanilla Canned Peaches. 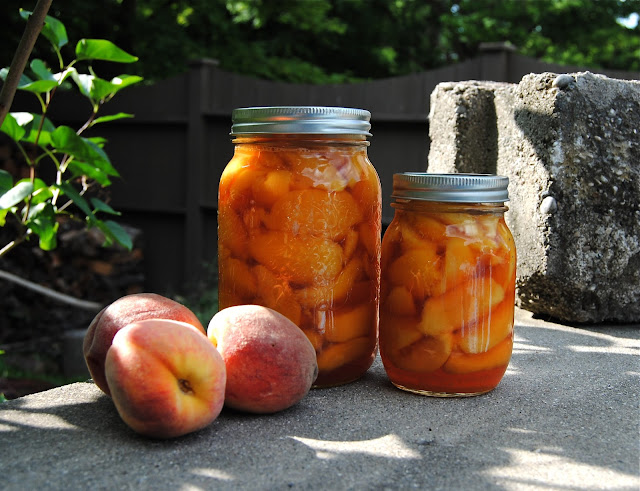 I've cut back on the maple syrup using only one cup to 5 cups of water and found it plenty sweet. I also used some really good pure vanilla instead of the bean. I gave this nectar around to all who entered my home for a taste and it passed the taste test with flying colours.

If you are looking to can up a couple of jars I highly recommend giving this recipe a try, I'm pretty sure I'm never going back to plain old sugary peaches again.:)
Posted by Debra at 2:39 PM 2 comments:

Debra
The kids have grown and its time for me to let my hair down! I've begun to create a niche in this world mostly involving fabric, paint, and building supplies. Sprinkle in few vintage pieces and for me thats the beginning of a great shin-dig.